About Remedy Bar and Brewhouse

Owned by Simon Wells and Sam McDonald, who along with brewing adviser Mike Hitchen (one-time head brewer at the former Three Rivers Brewery, Reddish) wanted somewhere to both showcase their pub brewery range and also offer short one-day brewing courses. Once two shop units became available in the town’s Market Place, Remedy was born, after much hard work. The bar is at the rear but part of the former dividing wall between the units remains in situ to break up the quite large interior and so prevent everything being that bit too open-plan. The decor is loosely steampunk-inspired with exposed pipes and ducts, mix-and-match furniture, and bare light bulbs. The floor around the bar is an eye-catching mosaic made of one penny coins.

The shiny new brewery is behind a glass panel to the left. There are six cask beers available plus the 200 litre on-site brewery supplying two with the remaining four being changing guest beers. The beers are brewed by the in house brewer Mark West. There is an array of kegs on offer with three beers of German decent as well as three changing guest kegs from local micro craft breweries. There is also a small selection of bottled beers. Coffee is also available alongside food in the form of British, German and American inspired tapas-style dishes. In keeping with the Market Place tradition there is live entertainment every second Saturday as well as open mic night every 1st and 3rd Wednesday.. 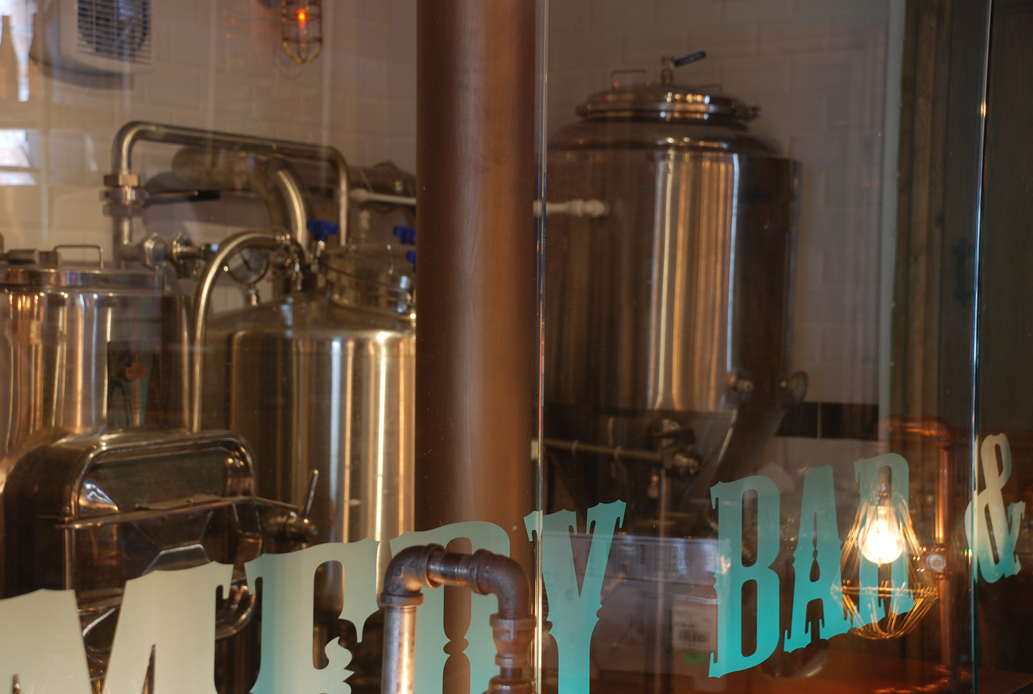 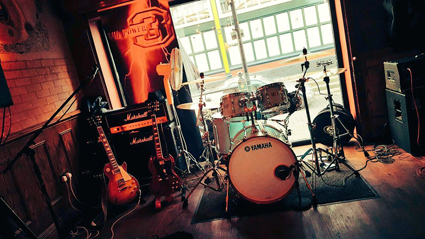 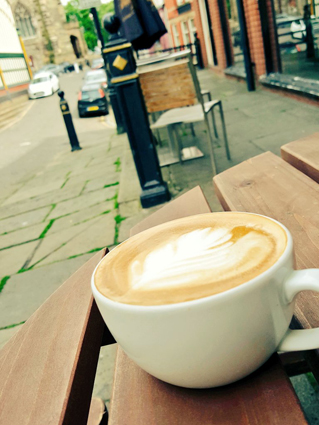