Stretch washable fabric covers for casts & splints to protect skin,clothing etc & to look great. Smooths the surface of your cast or covers the "Velcro" style fastenings so saving your garments - in fact cast covers can be "cost neutral" - you could save more than you spend!

Kuvrs, formerly Cover My Cast, exists due to carelessness!

I was at work one day and turned to put some stationery away in the cupboard, tripped over my own feet and – CRASH!

The next seven hours were spent in the Local Accident and Emergency Unit and resulted in me returning home with a cast on a broken wrist. 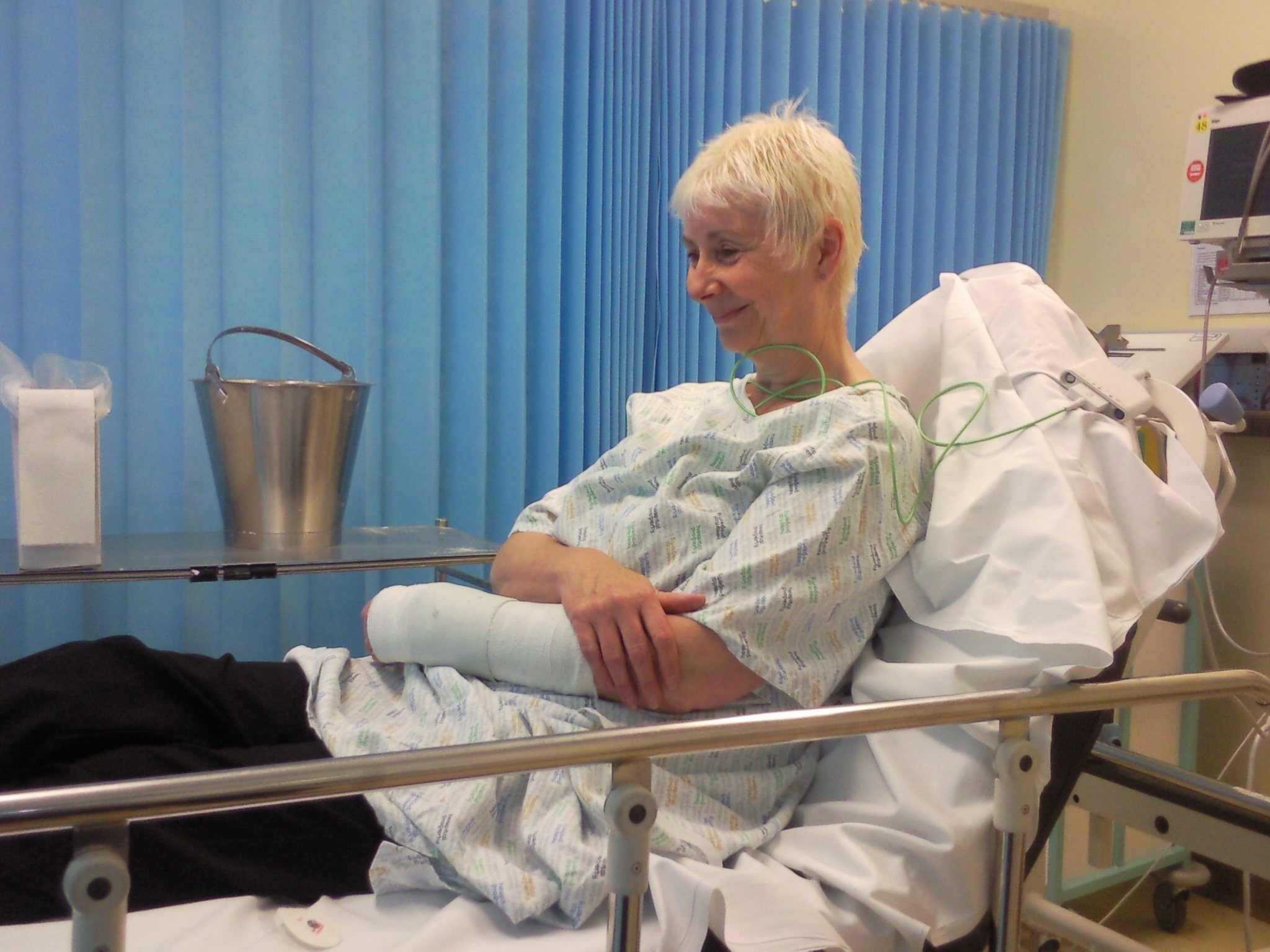 I am someone who has sewn things for over 40 years, and as I was waiting for my arm to be put into a fiberglass cast, I was already planning which fabrics I was going to use to make covers for it, being determined not to be tied down to one of the standard colours that the hospital could offer me.

I managed to change the colour of my cast to match my tights, or my outfit for the day using tights & socks and the reaction I had from friends, family and even strangers on the bus was amazing. The idea grew that if this was what I wanted then others would want it too.

So Cover My Cast was born. We have sourced some fabulous fabrics, have been careful in minimising our packaging and will be as green as we can. Our printing and advertising materials are designed by local small businesses where possible.  The covers can also be made to order and we aim to have them posted out within 48 hours of the order arriving in our inbox.

Now that my arm has been released from its imprisonment, the cast is being used as a “model” for some of the cast covers, and  Bob and I are looking forward to a very busy future.

I did it again!! Walking in the woods this time with Lil the Jack Russell who is half of our IT department (pic below) and it is the other wrist this time. Seem to be getting better at this breaking wrist thing as this time I have to have plates & screws inserted to keep the bits together (EEEK!!)  Planning to blog about the healing journey and to do my best to wear as many different outfits & matching / co-ordinating cast covers as I can. Gotta make something positive come from this, haven't I? 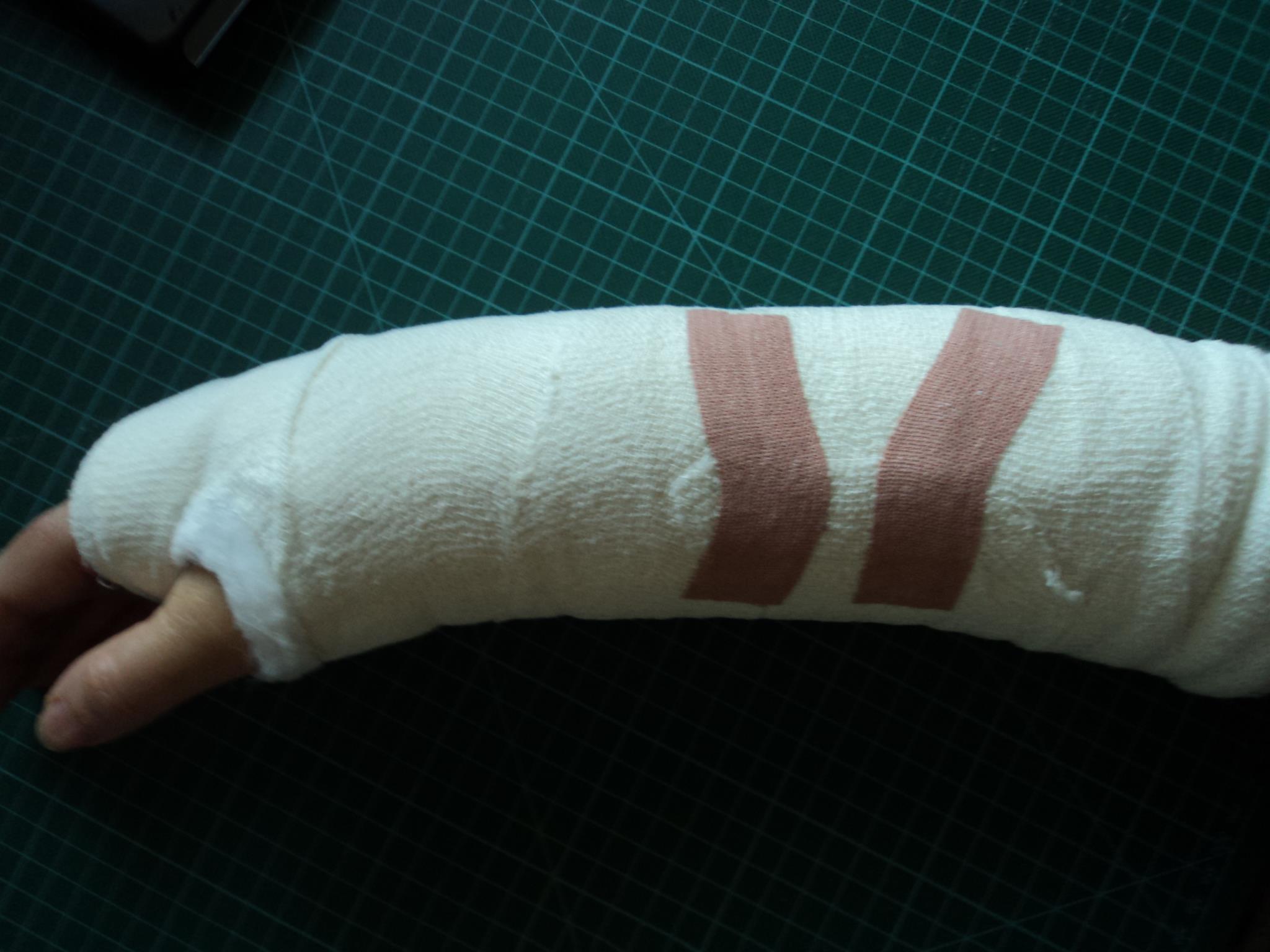 This is my bandage looking pristine after one week, I have worn a cast cover day & night & it's made it much easier to dress & to move in bed too - no bandage gripping and then coming undone. The proof of the pudding as they say!
We changed the company name to Kuvrs in June 2016, primarily because we now sell more than just cast covers and want to reach a wider customer base as we make covers for splints & braces of many styles.

Our "IT" department working to make
your shopping experience easier. 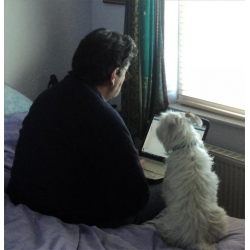 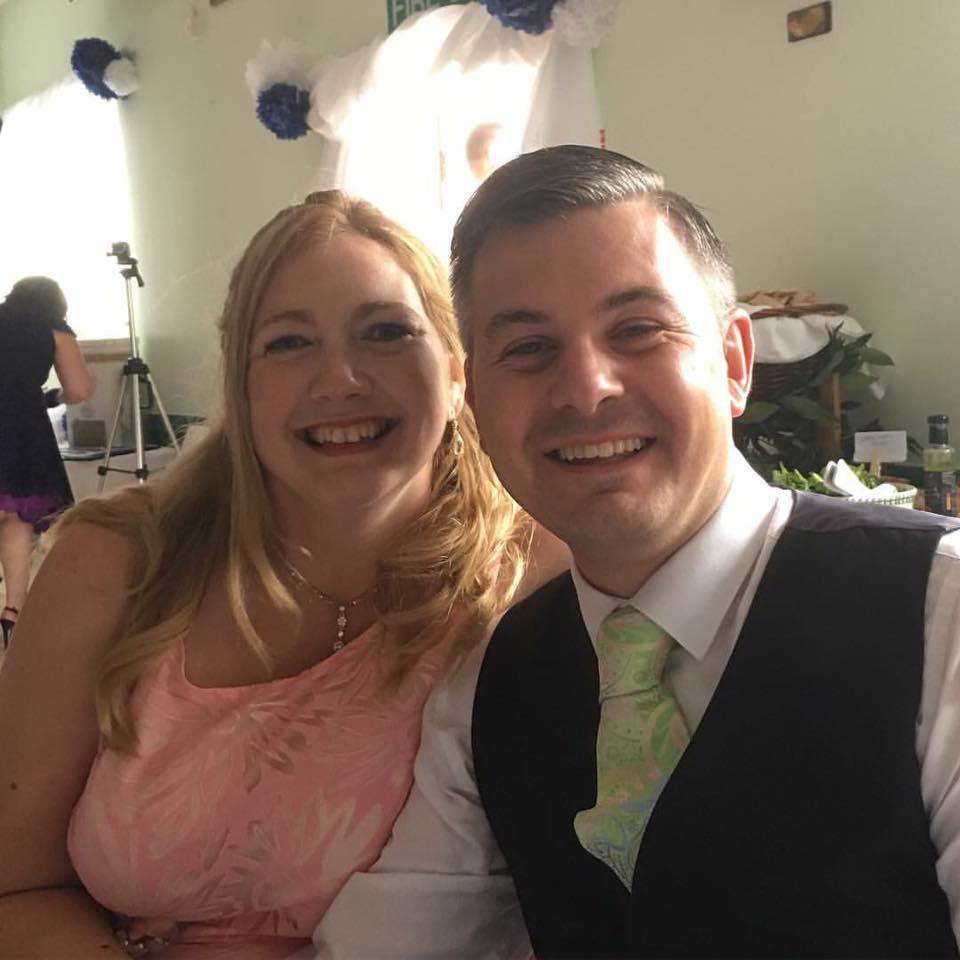 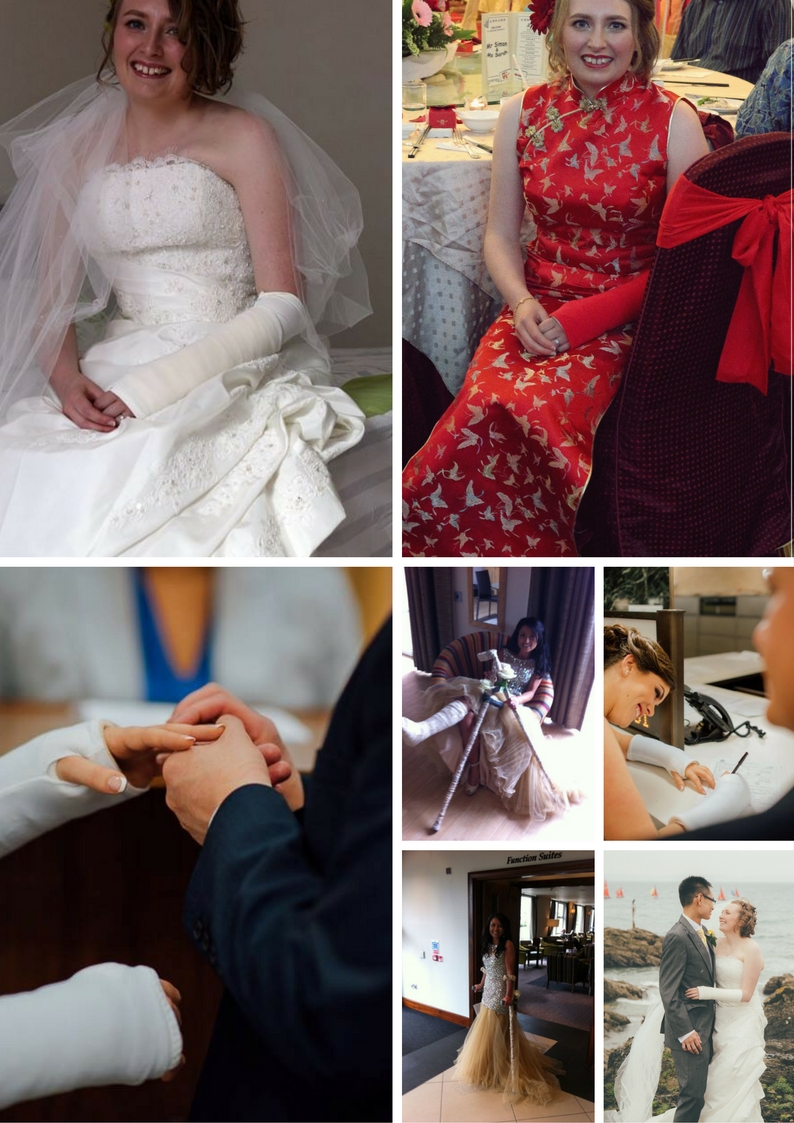 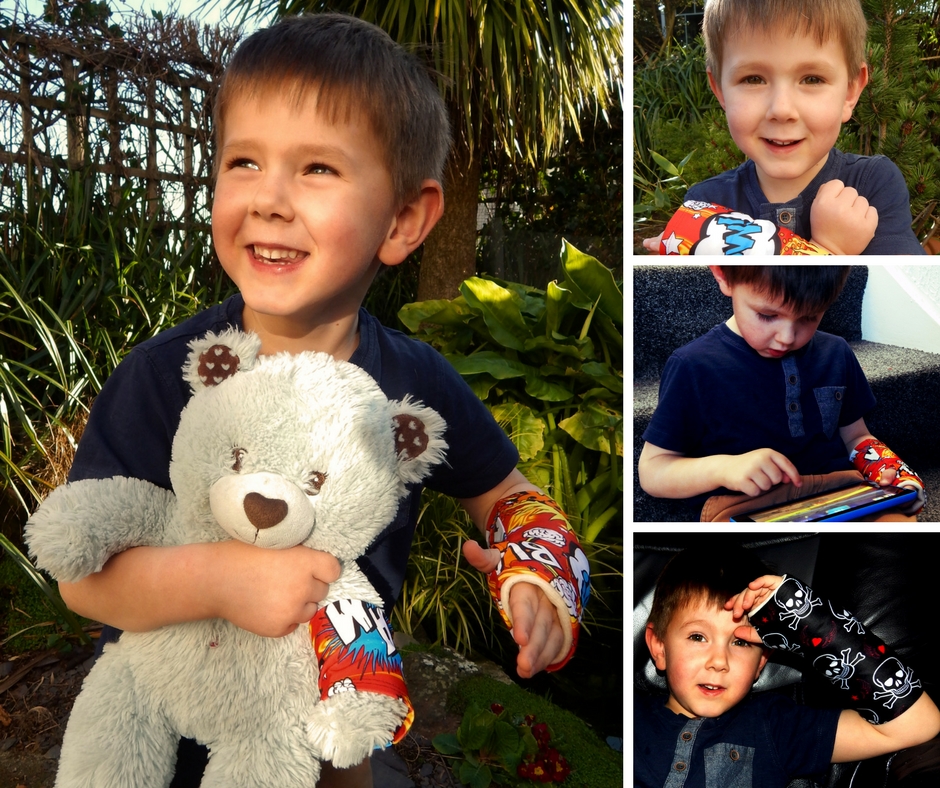 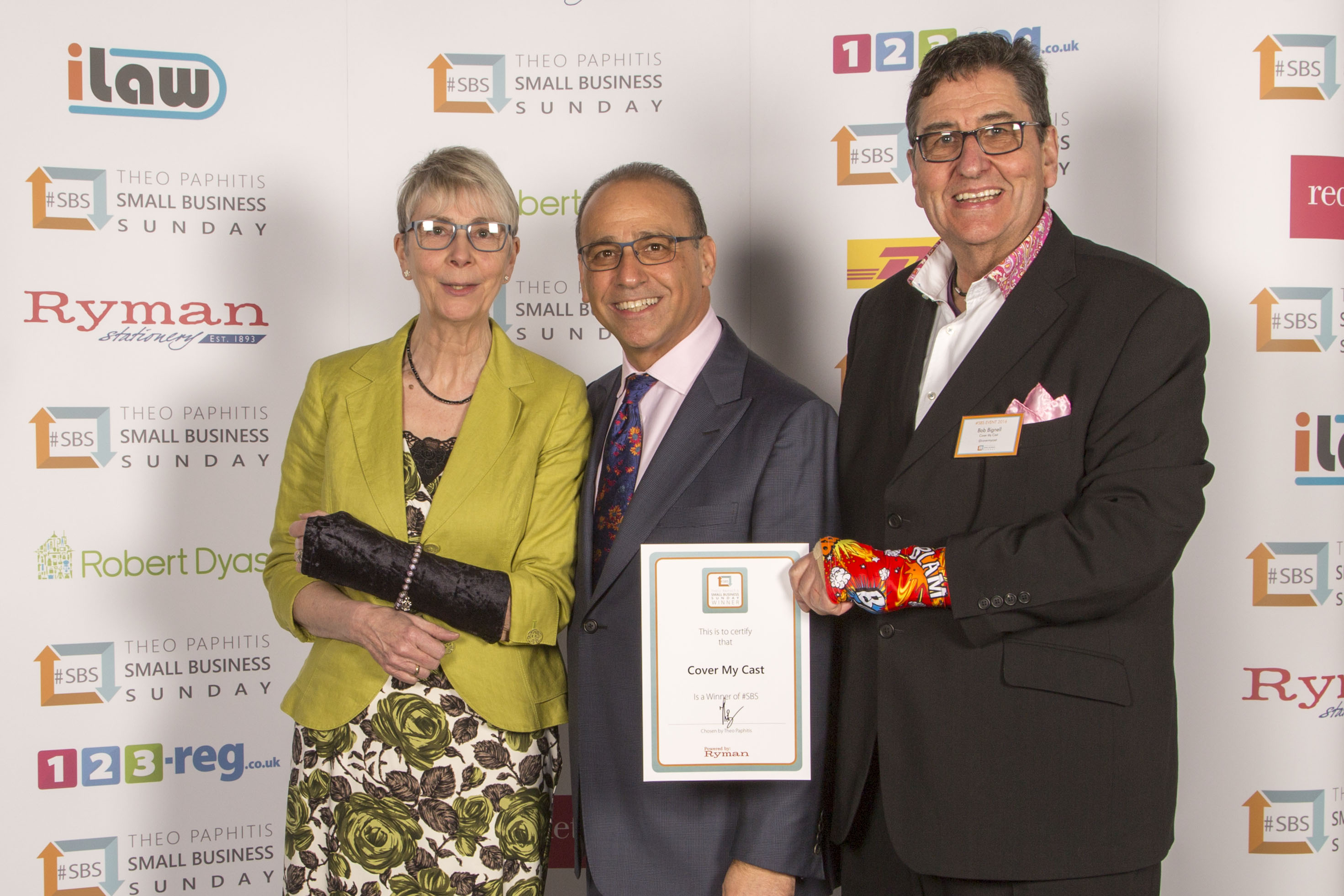