Humane Elizabethan collars for pets/animals that they can eat in normally!

My name is Joanne Hobson and I am the designer & Inventor of EezyEat4pets Collars (among other products) but EezyEat4Pets is my favorite product, as it has the humane facility for pets/animals to eat normally whilst wearing it. I am a pet lover having had three rescue dogs, Kennedy, Lulu & Luken, and a cat Olivia who are now playing on Rainbow Bridge and now have two more rescue cats with us here at home.

This new design came about when our own little cat had Squamous Cell Carcinoma of her nose two & a half years ago,and after surgery she was given the traditional cone which she wouldn’t & couldn`t eat in, and so it was taking off & putting back all the time. This really stressed her out and gave me the idea of the removable flap for eating. I patented and sourced a manufacture and got them into production, sadly Olivia passed away not long after they were in production… now this is her legacy.

My latest style of these collars, still with detachable eating flap, but  now features a perforated paw print  pattern for more aeration around the animals head, especially the back of their head & their neck where the head is more enclosed. This again is a World first and is covered in my Patent. I am pleased & proud to announce that 4cats Germany are now my Worldwide distributer of the Pet Airs Collars! Katzenworld also sell this product in their online store.

Inventing/designing of Pet Products & other products 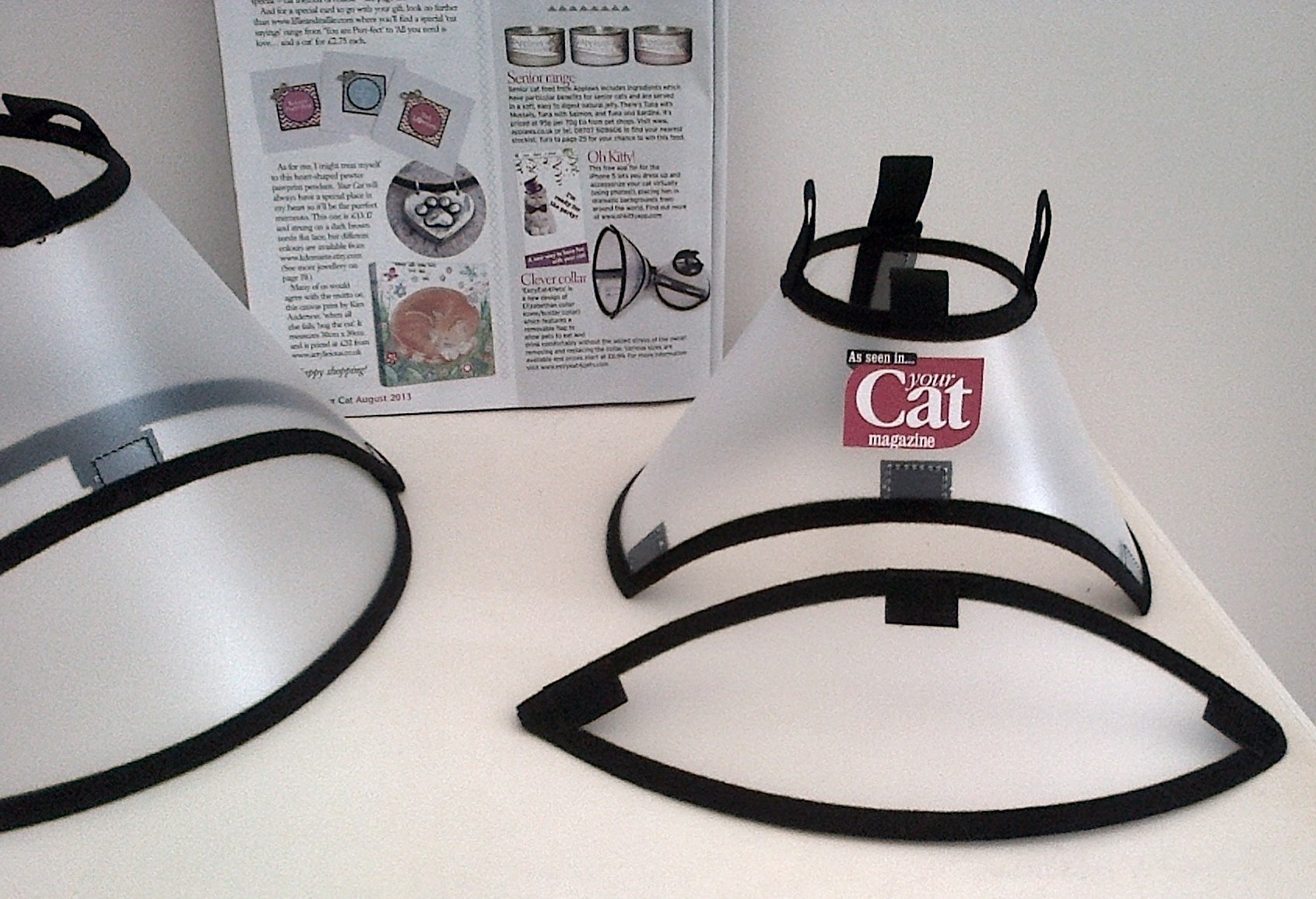 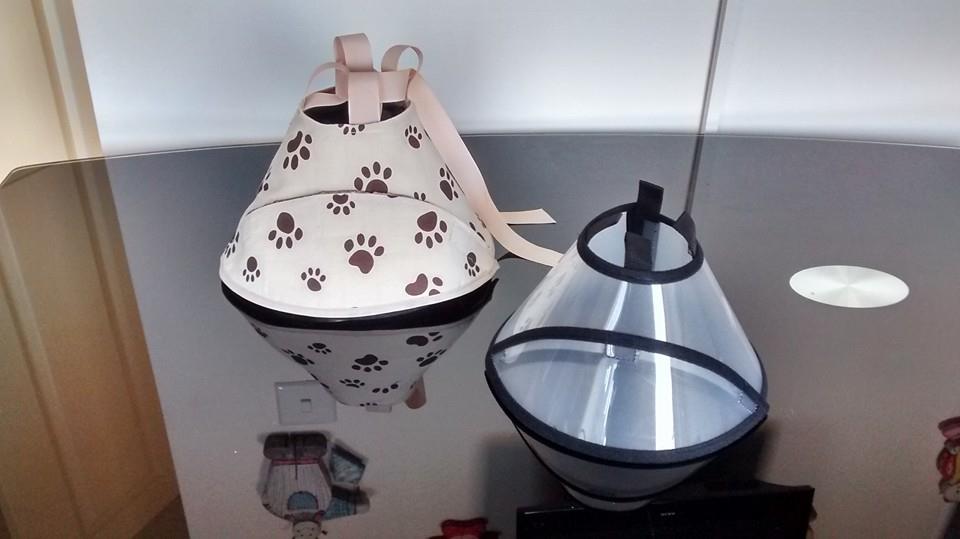